EPIC Student of the Month - February 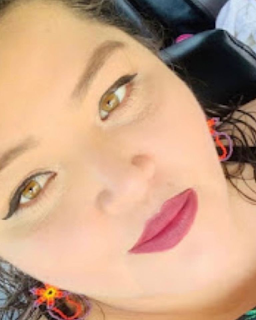 Congratulations to our February student of the month María Hernández from our Salinas Ca. EPIC high school for adults. Her teacher Miss Rodgers said “María has shown extreme dedication and perseverance in her goal of earning her high school diploma. She has continued to attend class and complete assignments through pregnancy, COVID-19, lost glasses, taking care of her newborn, and taking care of her family. She is a marvelous example for her peers. She is kind, resilient, and hardworking. María makes our classroom a happier place, whether it’s in-person or online''. Good job María on working hard towards a better life for you and your family. 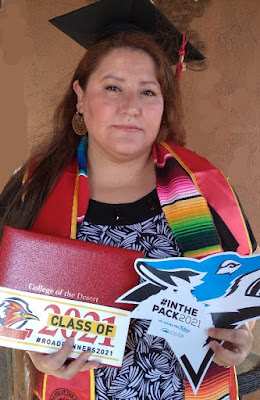 Overcoming Hardship  The Story of Angelica Flores’ Triumph over Adversity Tehachapi, Calif. - Angelica Flores, an EPIC de Cesar Chavez alumni, is graduating this month from College of the Desert on the Dean’s List and Honor Roll. During her time at College of the Desert, she became a published author of several poems, received a scholarship from Democrat Women’s of the Desert, and is working toward becoming an English and and Spanish teacher with Farmworkers Institute of Education & Leadership Development - FIELD   Ms. Flores was born in Jerez Zacatecas, Mexico. She moved to the US with her mother and sister in 1990 at the age of 9. She is the youngest of 16 children, however, 8 died at birth or due to complications at a young age. Her father was in the Bracero program, a manual labor program originally established in 1942. At 14 she began working to help the family, and when it became too difficult to keep up with school and work to help support her family, she dropped out of hi
Read more

No stopping me now! 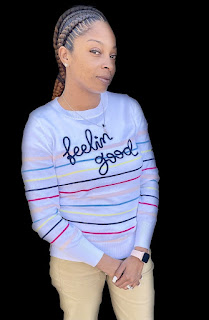 Jerlean always wanted to get her high school diploma but always feared the judgment of dropping out. She was a young mother at 16. She drove by our EPIC high school in Cal City several times but never went in.  Ms. Carney said, "I used to see the students outside the building and think I can't go to that school. I was concerned about the way people would judge me. After two years of driving by the school and talking to those hanging out in front, I met a student who was part of the Cesar Chavez Environmental Corps’ (CCEC) KSACC program (Kern Service & Conservation Program). I realized the great work FIELD (Farmworker Institute of Education and Leadership Development) was doing for my community. I was intrigued. He convinced me to enroll to get my high school diploma." CCEC runs various projects which serve the community, such as emergency food distribution, assisting the Office of Emergency Services, and fire preparedness. The programs focus on education, the environm
Read more 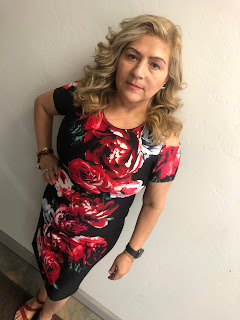 Maria Valdovinos, a hardworking administrator, and mother, is on her way to taking the next step in her educational journey. As a current student of EPIC de Cesar Chavez High School, Mrs. Valdovinos plans to graduate this quarter and is looking forward to her bright new future. Mrs. Valdovinos was born in Jalisco, Guadalajara, Mexico.  Her father was a cattle rancher and her mother owned a small produce store. Even though her parents didn’t make a lot of money, they both worked extremely hard to provide for their families. Maria gets her strong sense of family and her work ethic from her parents. Maria went to school up to the 5th grade in Mexico. She quit school because she did not like seeing her mother have to work. She stayed home to help with the household and give the family support. She came to the US when she was 18 years old despite her mother's wishes. Her mother was worried that something would happen to her in a new country all alone.  She wanted to come to the US for
Read more