Our Biggest Enemy is Fear.... 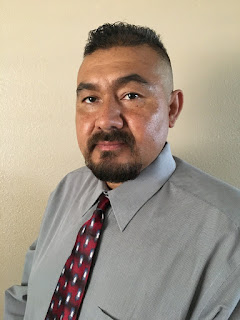 Jose Martin, 46, will be graduating this June from EPIC High School, a FIELD Institute program which provides adult learners an opportunity to receive their high school diplomas. He was nervous about taking on the combined demands of school, work, and family, but his friend in the FIELD ESL program inspired him.

"I would encourage everyone, no matter the age, to get their high school diploma. Our biggest enemy is fear, fear that we can't do it. We need to believe in ourselves. It's difficult, but not impossible, and so well worth it. Si Se Puede!" said Jose as he shared his excitement approaching his graduation day.

He has worked in construction for the past 21 years and has dreams of working for the city as an inspector and foundation specialist.

Jose is from Jiquilpan, Michoacan, Mexico. However, he lived in both the US and Mexico while his father worked in the fields. He is the oldest of three siblings, and the family struggled with finances and his father's struggle with addiction. His parents never attended school, and although his father did learn to read and write, his mother did not. Two of his siblings completed high school, while his third only completed 5th grade.

His wife takes care of the home and family, including their five kids. Their youngest twins are 14-years-old, they have an 18-year-old who just finished her freshman year at Cal State University, and a 20-year-old and 23-year-old who are both attending Antelope Valley College.

Despite the financial challenges of his younger years, FIELD has enabled Jose to complete the ESL program and go on to now graduate from EPIC to pursue his dreams. Jose states that his teacher, Mr. Richard Murino, played a big part in helping him get through high school. "Mr. Murino was very encouraging. He knew my schedule changed frequently, but he always made time to help me and make sure I didn't miss anything. Mr. Murino has so much knowledge that I made every effort to be in his class every day to learn from him. I couldn't do it without him."

Jose, who is a Permanent Resident, knew getting his high school diploma would not only help him immensely in preparing for his upcoming Citizenship test, but it would also open doors for a better life for him and his family. "My children are so proud of me and have become my biggest cheerleaders." 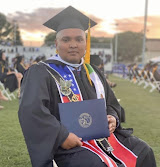